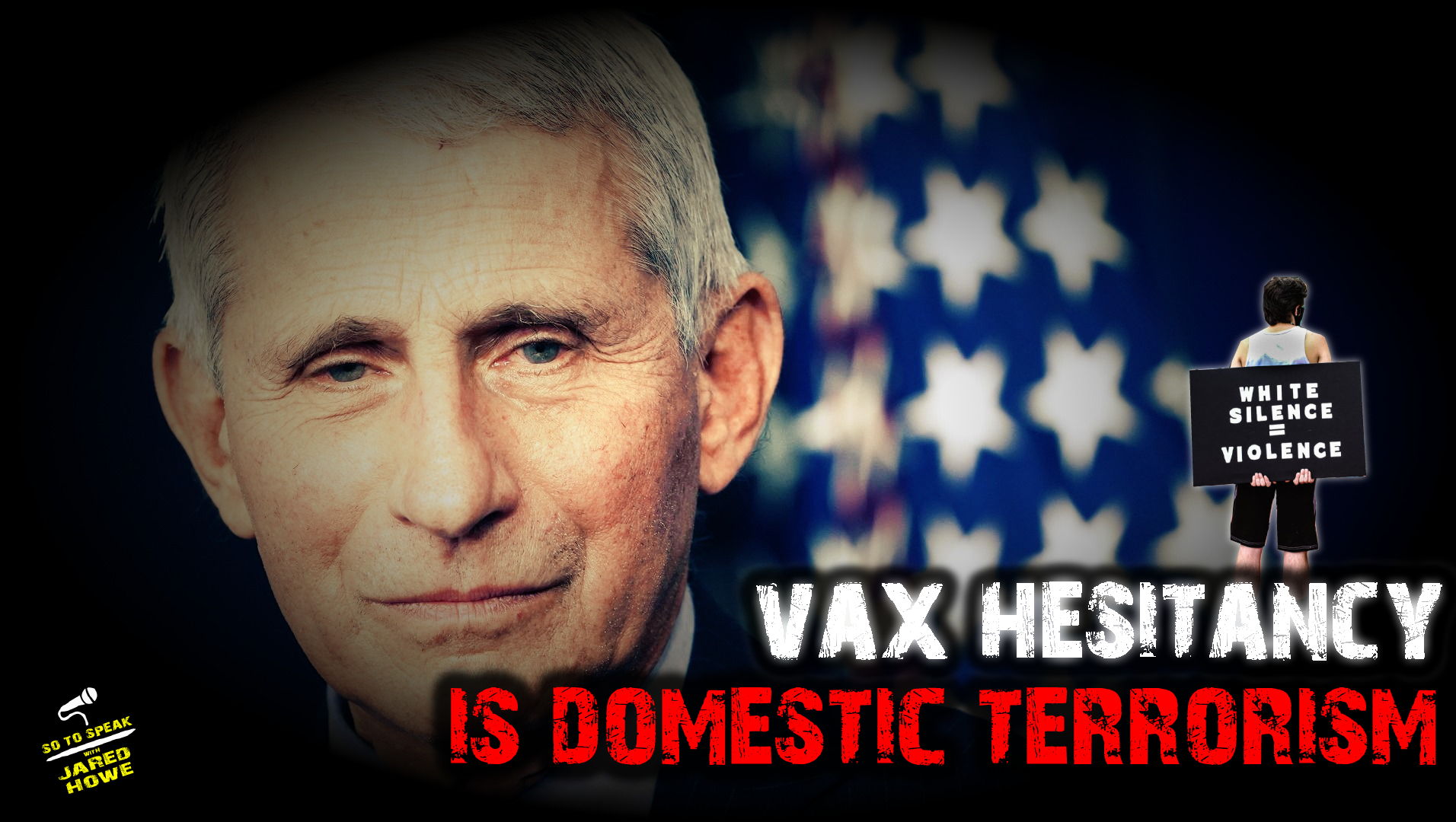 Biden’s handlers are seeking to require vaccination at the Federal level and the parasites that pass for the nation’s intelligentsia are already monitoring and treating “COVID-19 misinformation” as though it were wHiTe SoOpReMaCy or ISIS.

They apparently KNEW that there would be a correlation between “online hate” and “COVID-19 misinformation” because a recent study published in the journal Nature claims that researchers were already looking for that overlap as early as December 2019 — before most people even knew what COVID was. They were apparently planning on treating “disinformants” like domestic terrorists while cable news pundits were still downplaying the significance of the virus.

So what’s the actual connection between “online hate” and “medical disinformation?” Researchers found that people who are censored for “online hate” and people who are censored for “medical misinformation” both tend to use alternative platforms like Gab and Telegram. Weird, right? It’s almost as though a small group of tech companies have a near monopoly on social media, leaving only a handful of competing alternatives whose main appeal is lack of censorship.

Researchers in the study concluded that this MAY explain why banned content continues to emerge despite concentrated censorship on platforms like Facebook and Twitter. To combat “future threats”, they recommend comprehensive “network analysis” and cooperation between platforms.

At this rate, the FBI will be foiling an FBI plot to spread COVID-19 disinformation any day now. 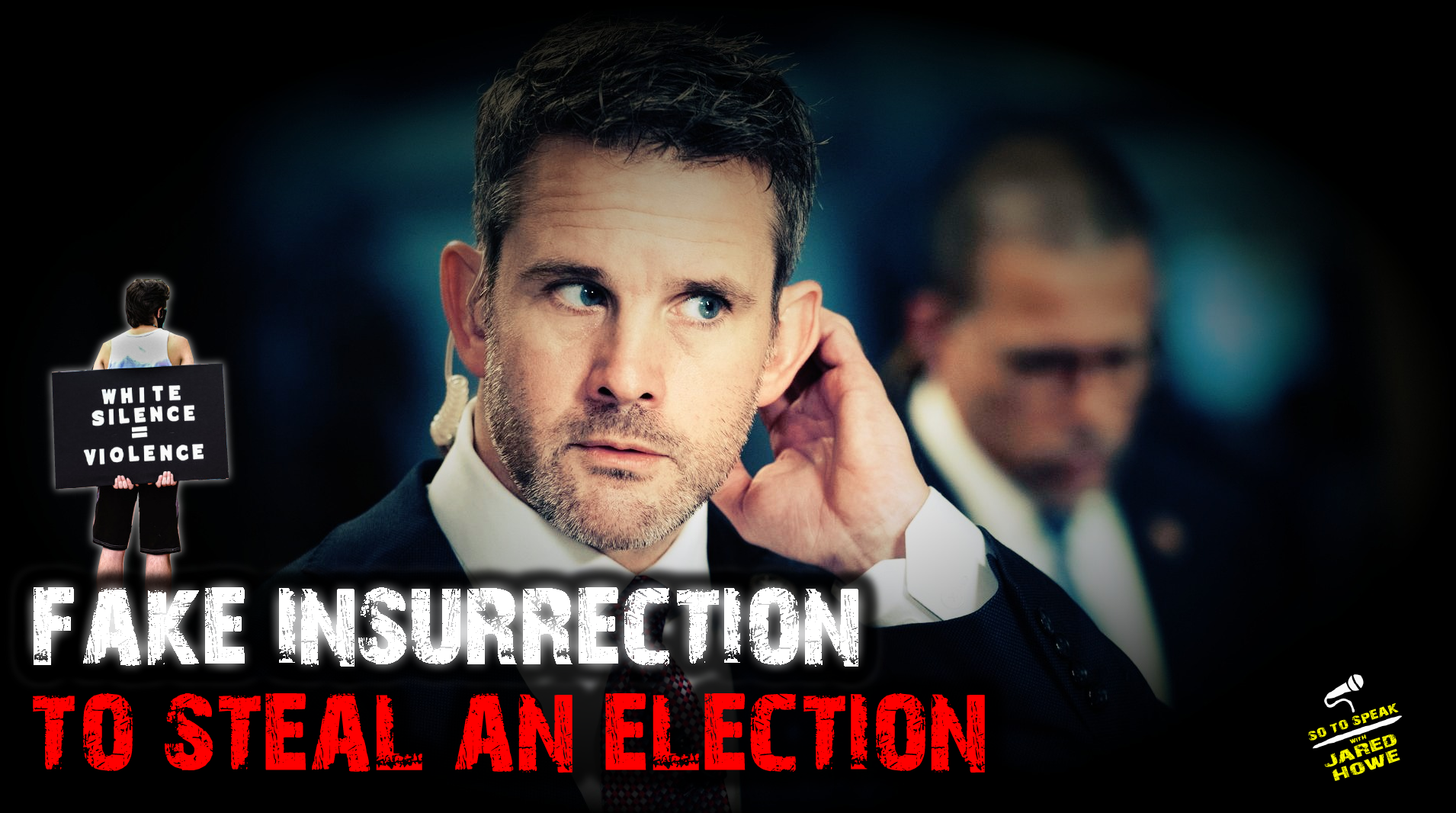 January 6th was billed by the media as an insurrection where crazed, wild-eyed Q Anon Nazis ransacked the Capitol Building, taking members of Congress hostage and bludgeoning at least one police officer Streets of Rage-style with a fire extinguisher.

As it turns out, none of this was true. And what’s more, there were Federal provocateurs both in the crowd and on the front lines of the Capitol Police force. National Antifa leaders were also present. One was even arrested, though the media doesn’t report on his connections to Antifa or the Discord chat he ran where he encouraged fellow Antifa members to dress up as Trump supporters and employ black bloc tactics at the Capitol.

But what explains the treasonous behavior of Neocon crypto-commies like Adam Kinzinger?

To ask the question is to answer it. 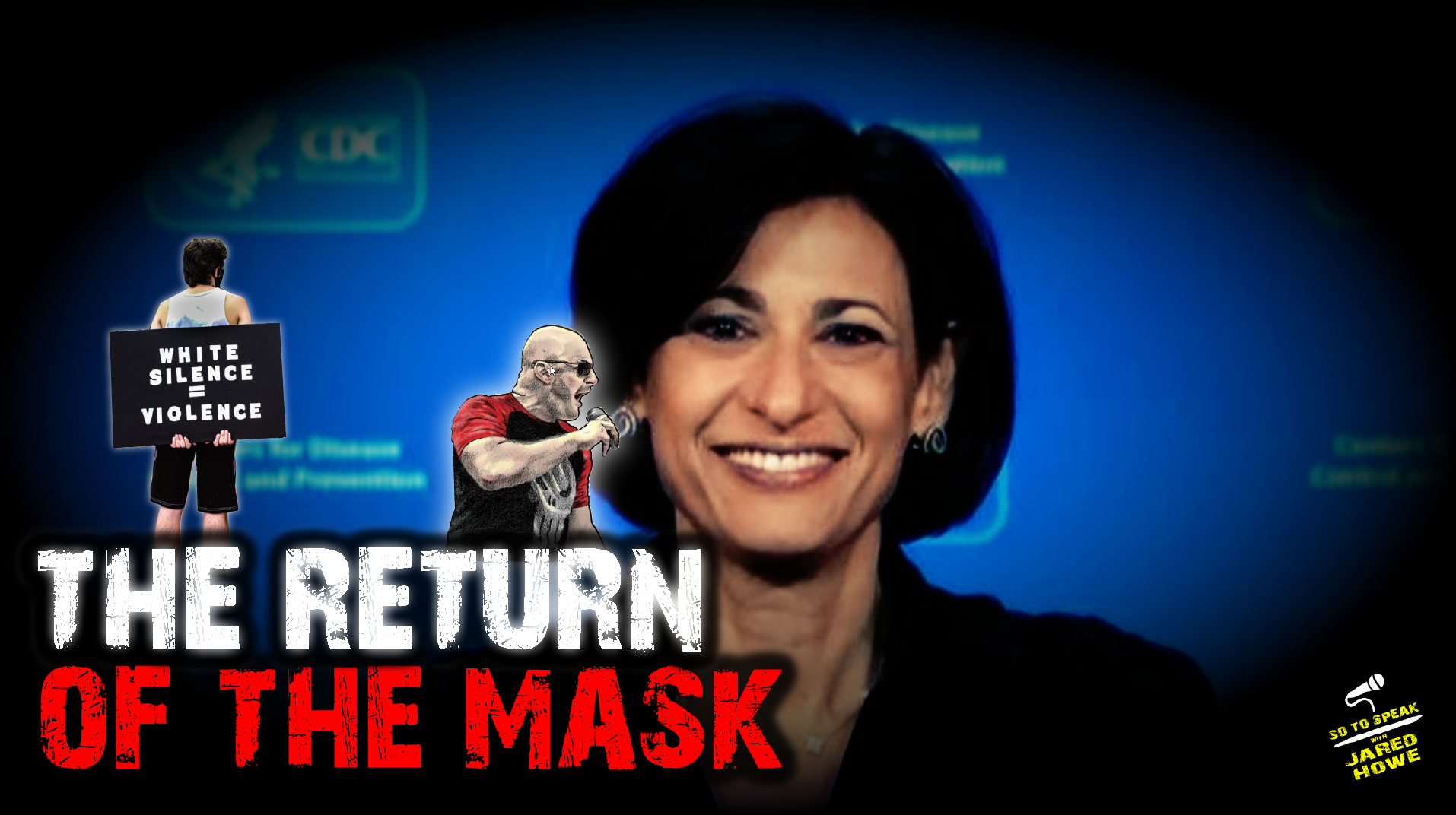 We’re rolling into yet another election season and so Democrats are getting an early start on establishing a pretext to rig the process like they did last time.

Some Democrats are already comparing “anti-maskers” to “insurrectionists”, suggesting a full totalitarian crackdown on anyone who dares to question the self-contradictory orthodoxy of the Anti-White Industrial Complex.

“Anti-masker” will essentially become the new analogue for “white supremacist” in the coming days. If the past is any indication, they will take political prisoners.

Speaking of which, I am joined for the first time in a while by Christopher Cantwell. 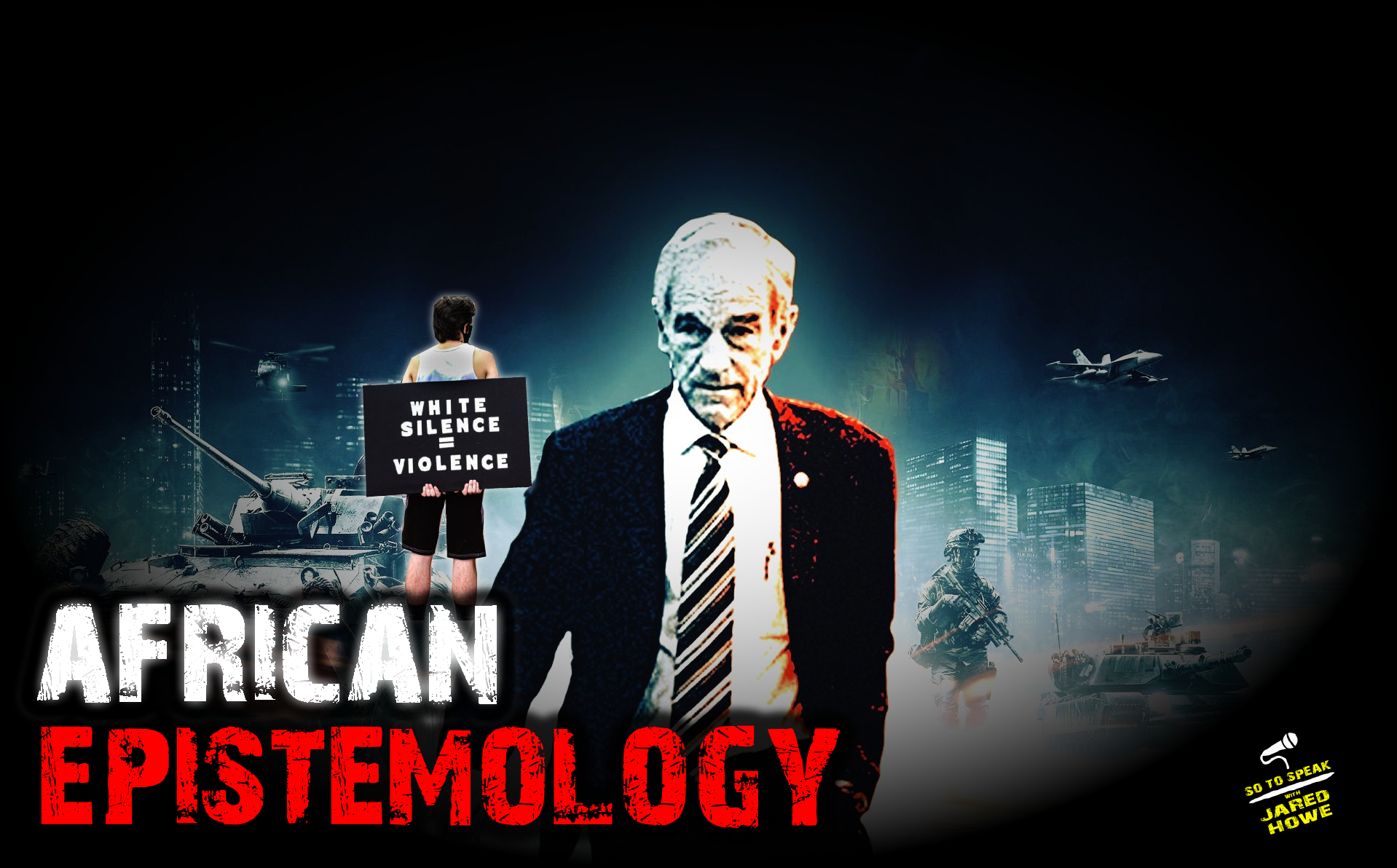 Leftists who base every thought in an inversion of the truth aren’t just waging a war against people who disagree with them. They’re waging a war against epistemology and reality itself. They have no choice. Everything they do is rooted in contradiction and so they’d rather destroy everything than face the pain of processing cognitive dissonance.

Critical race theorists on the left even go as far as to say that blacks, a protected leftist bloc, shouldn’t be held to the standards of “western European” epistemology because their “way of knowing” is rooted in “African epistemology” — which is of course a rejection of the entire concept of epistemology.

This might explain their absolute lust for power and the political show trials to which it gives rise. They use several propaganda tactics to maintain this power, but they’re not above using the state to crush you either. 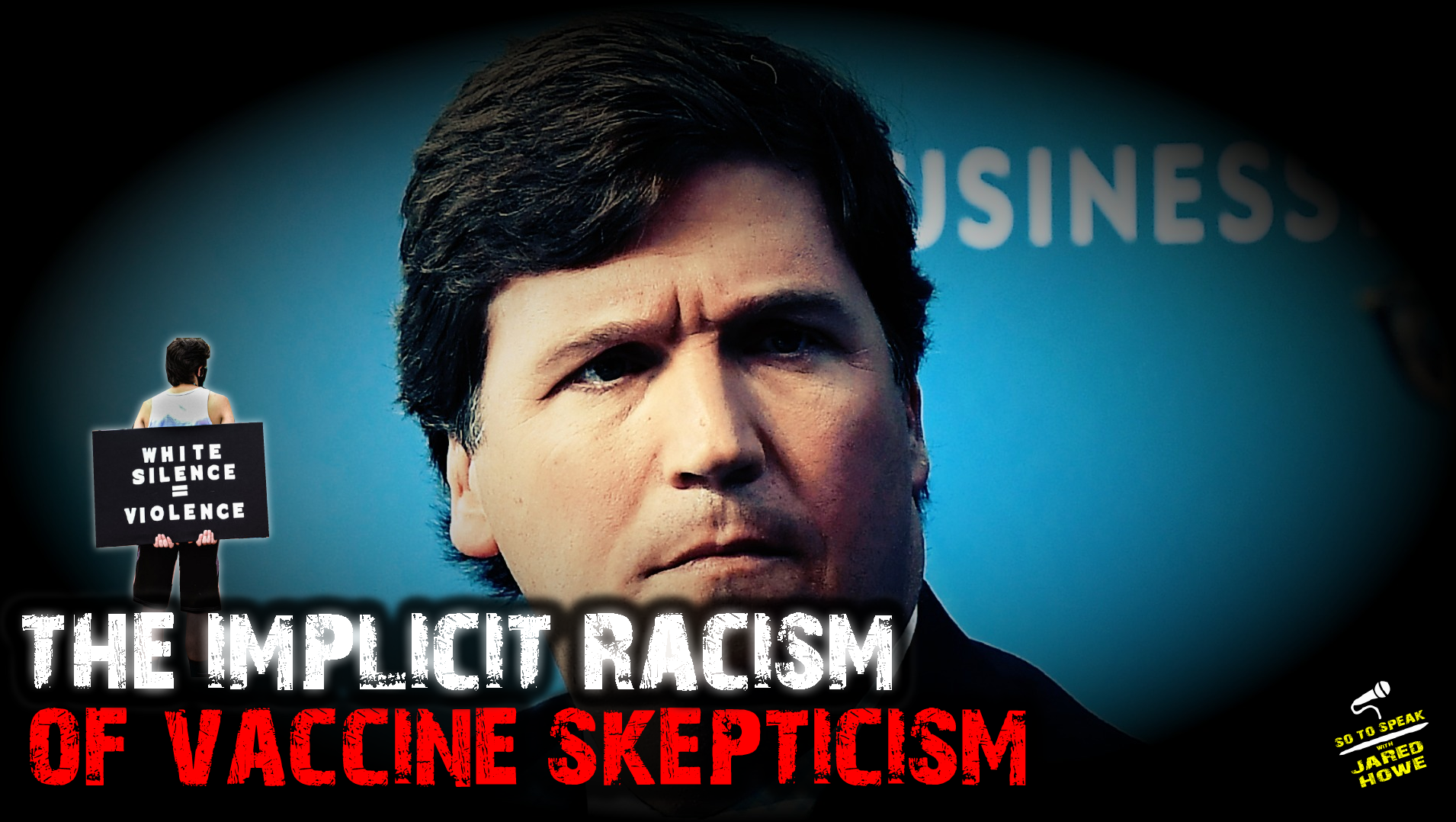 It wasn’t a fluke, an aberration, a one-off, or a deviation from the elitist norm when the former Chair of the CDC’s Advisory Committee on Immunization Practices said that “we’ll just get rid of all the whites in the United States” as a means to reduce “vaccine refusal.”

Perhaps this is why we’re now seeing a major pivot to ascribing moral and legal liability for “COVID deaths” to “people who spread disinformation”, who are of course “racists and white supremacists like Tucker Carlson.” You COULD point out that rates of non-vaccination are actually higher among non-whites, to which they would reply, “AH HA! So “systemic racism” (white people) is responsible for these deaths.

Comply or die; comply AND die.

Heads they win, tails you lose.