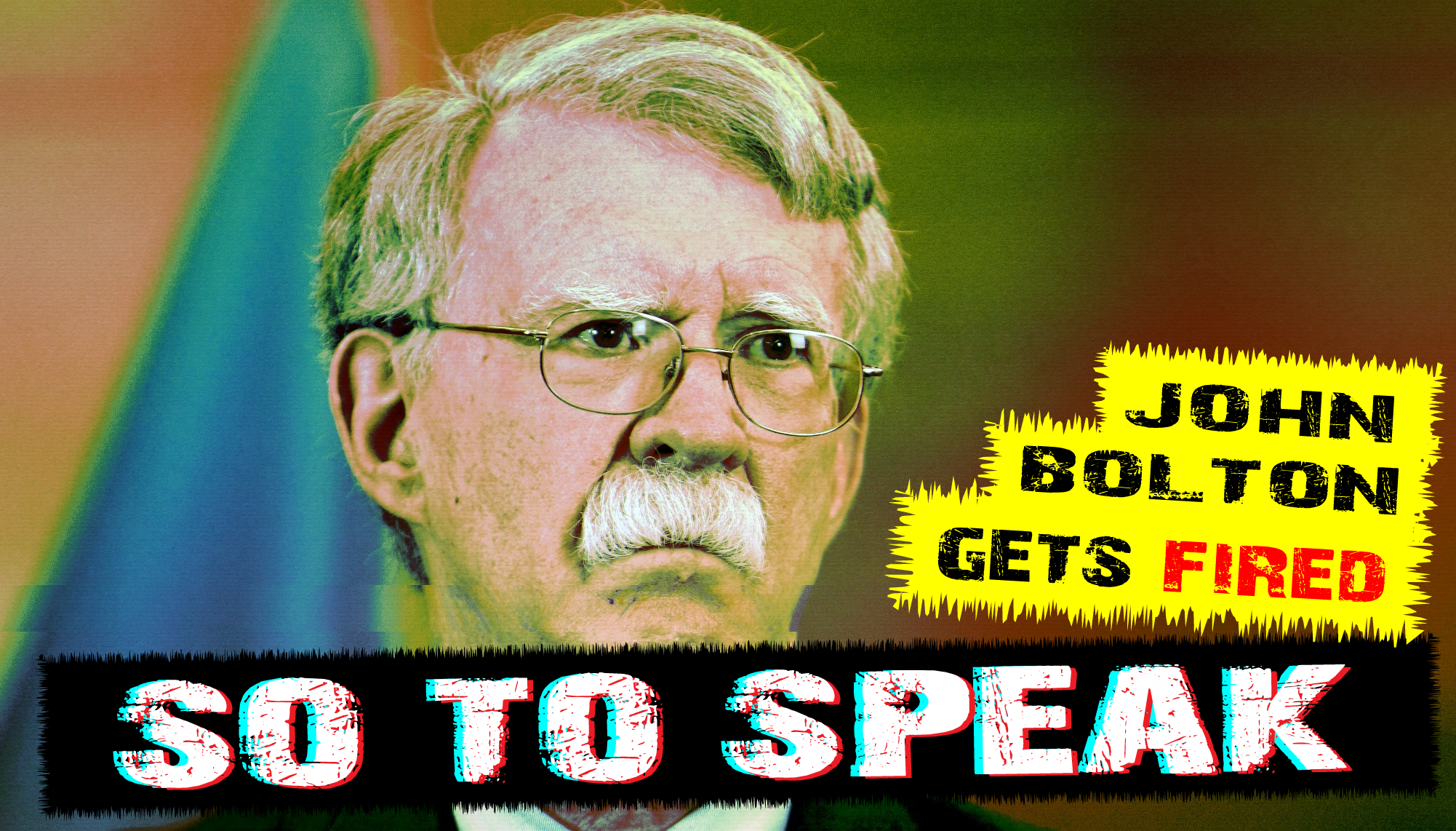 In Episode 227 of So to Speak, “One Last Moustache Ride”, I speculated that John Bolton was on his way out the door due to irreconcilable differences between himself and the President.

Part of me suspected that Bolton was serving as a human shield to protect Trump from neocon scrutiny, and that he would resign the moment the Russia probe was over, but I also kind of thought that he’d get fired just before the 2020 election as a show of good will to the base.

Instead, Trump fired him on the eve of a special election in North Carolina almost immediately after leaving a rally in said state Monday night. The move must have played well with the base too because the Republicans handily captured that House seat.

We’ll also be talking about a feud between the Adelsons and Netanyahus (trouble in paradise?), a rare bit of praise for Trump from Soros, and your daily news from the state of Maine.