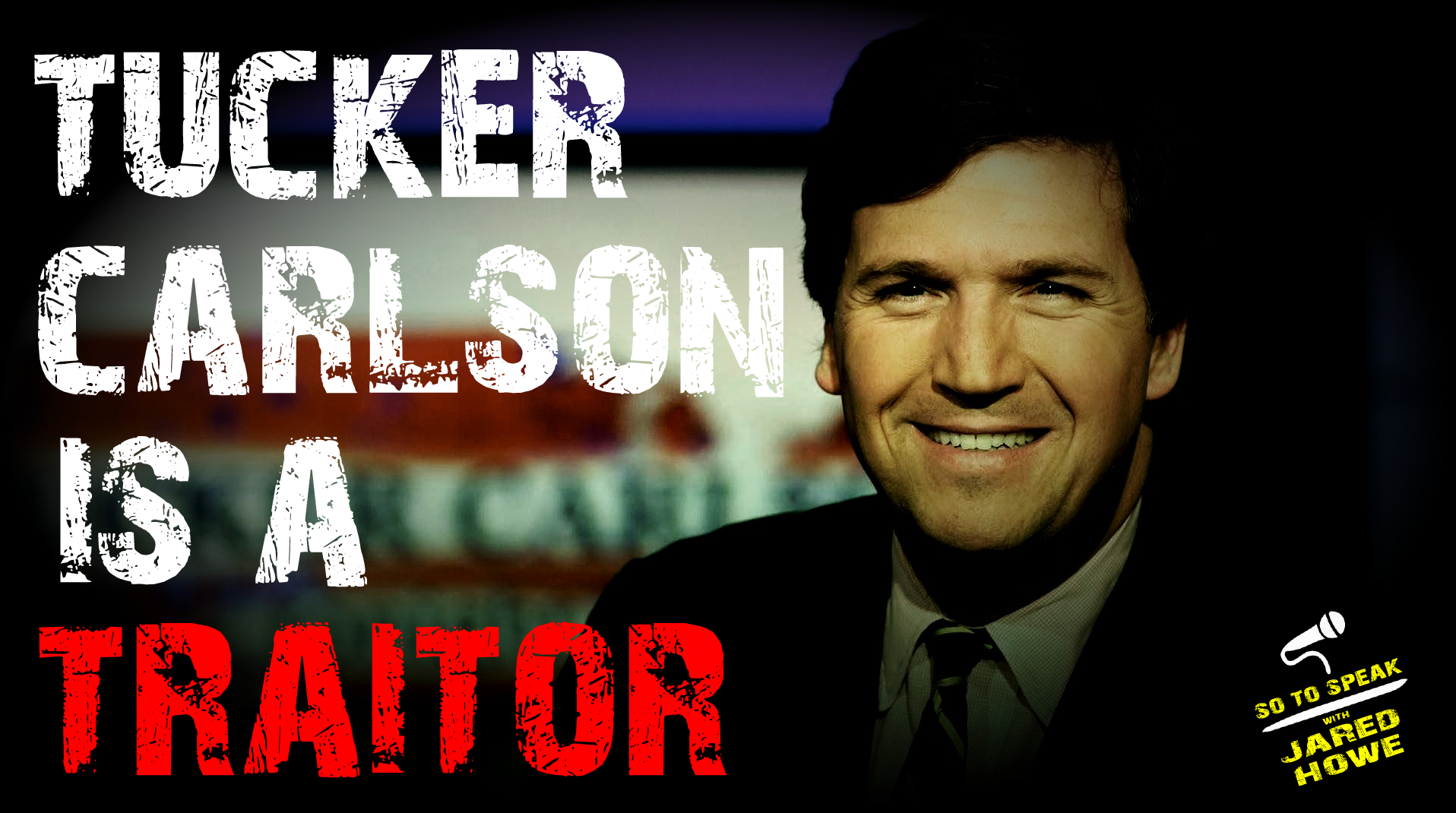 “Tucker Carlson is a traitor!!!”

…according to the same blue checkmark Twitter that wants to abolish our national borders and genocide America’s founding stock on the altar of intersectionality.

His thought crime, they insist, was asking why one shouldn’t support Russia over Ukraine instead of the other way around. He clarified and said that the question was mostly in jest, but that wasn’t enough to satiate the shitlib masses.

“Ukraine is our ALLY! How does Tucker still have a job?!”

The irony of their allegiance to a foreign power seems to have been lost on them, as has the irony of their appeal to the ideas of patriotism and treason, both of which can only be understood within the context of nationalism.