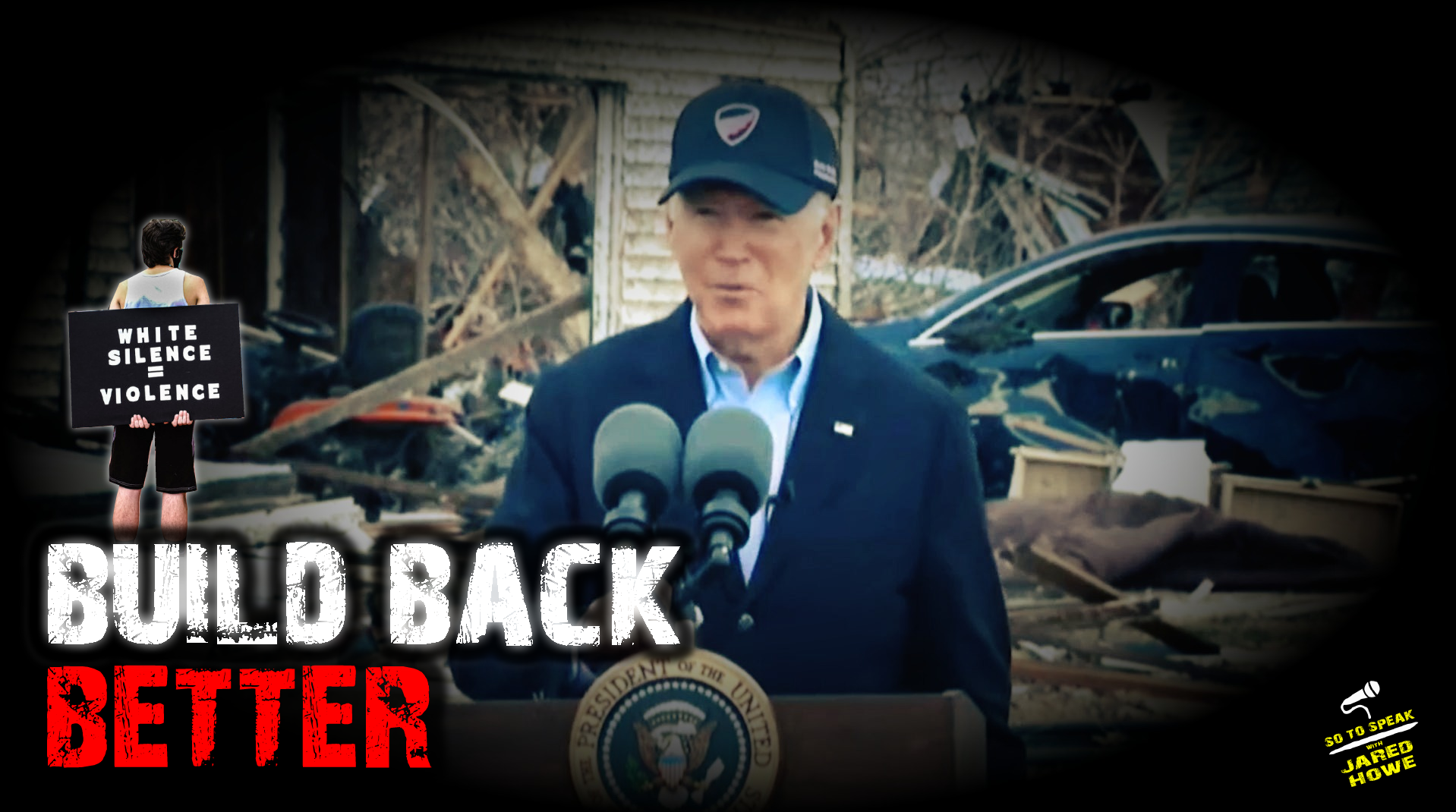 It’s hard to think of a more apt metaphor for the left’s agenda than Joe Biden groping children in front of a bunch of destroyed homes and businesses, smiling from under his Antifa cuck-muzzle as he rubs their hair and faces.

And speaking of groping children, yet another CNN producer has been exposed by Project Veritas after expressing fantasies about doing so (and worse) to his fiancé’s daughter. A case manager for an organization that combats human trafficking obtained texts and phone calls from him that are fairly damning. What’s going on with the culture of pedophilia among CNN producers?

It really makes you think…

In TOTALLY unrelated news, the defense for Ghislaine Maxwell is scheduled to begin making its case for her innocence today. Ghislaine is accused on eight counts related to her involvement in Jeffrey Epstein’s sex trafficking and blackmail scheme, the true nature of which will continue to be hidden from the public regardless of this trial’s outcome.