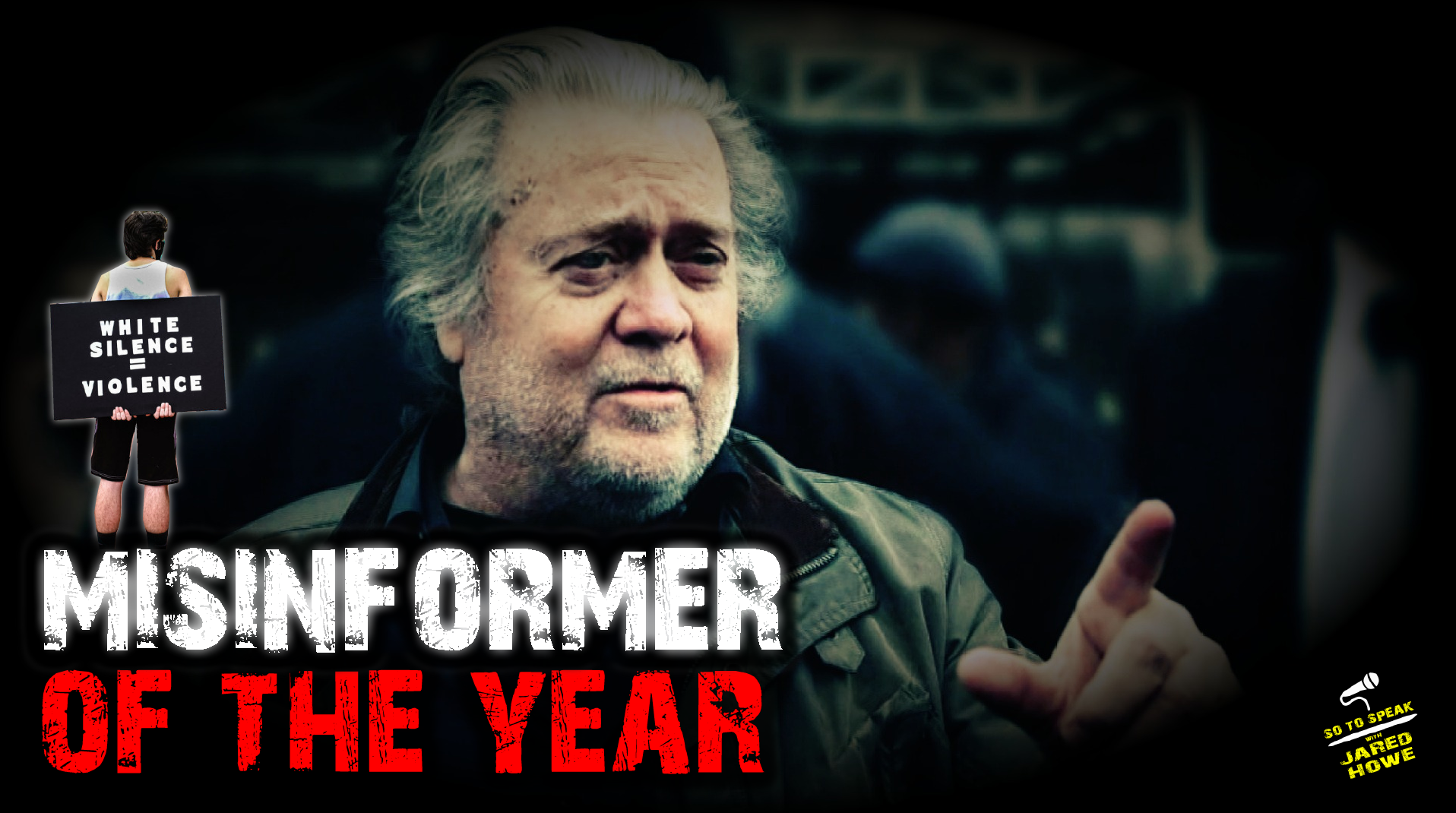 I never thought I’d say this but I’m actually kind of jealous of Steve Bannon.

He beat out not only Tucker Carlson but also Donald Trump to win Media Matters’ coveted and existentially ironic Misinformer of the Year award. Why Bannon? He doesn’t reach quite as many people as Tucker or Trump, but he explicitly promotes to his audience the idea of mass engagement with local chapters of the GOP — and that’s the problem, from the perspective of Media Matters and the people who pull their strings.

There’s nothing the Anti-White Industrial Complex hates more than when rural white people participate in their own political institutions, hence all the demoralizing asymmetrical information warfare. You see, when people are demoralized, you don’t need to exclude them from the political process because they will exclude themselves on your behalf.

And when you’re trying to implement a global banking and governance system by 2030 that transcends nations and continents, getting opponents of your agenda to exclude themselves from political contests is kind of clutch.