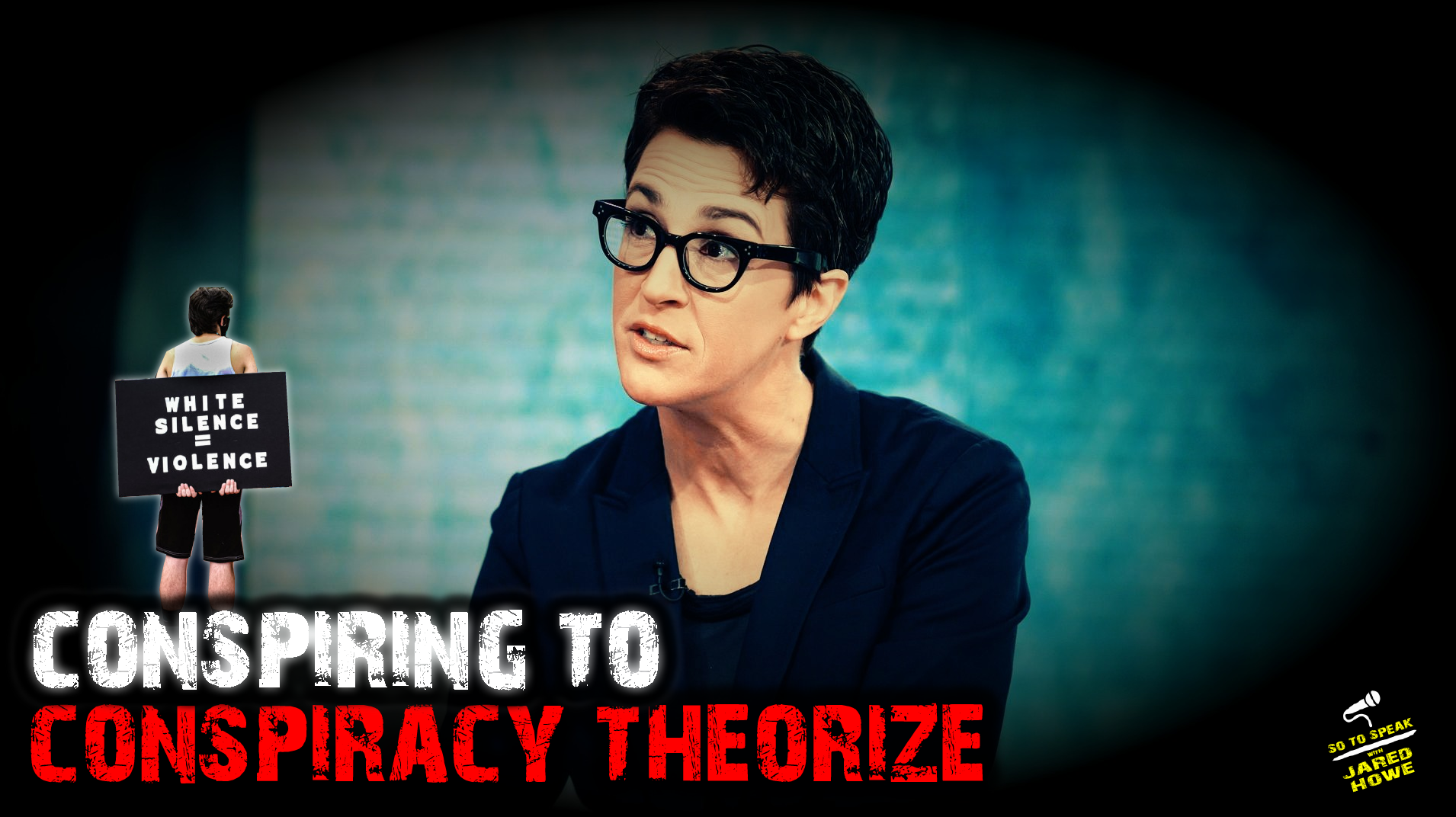 Rachel Maddow has a theory.

If you’re part of the 75% of Republicans or 30% of Democrats who believe that cheating likely impacted the outcome of the 2020 election, you’re engaged in a conspiracy to push Q Anon conspiracy theories. And since conspiring to push conspiracy theories is the mainstream media’s job, she’s going to have to ask you to get off her turf.

She has more experience with this than you do.

Leave it to the professionals who conspiracy theorized for the last four years over Russian election meddling — a problem that was only overcome through the emergency voting measures to which COVID gave rise. They know what they’re talking about. If a conspiracy to impact the outcome of the election had happened, Trump would have won.

For now, let’s just deal with the conspiracy among Republican conspiracy theorists to audit the election results in a plurality of states. 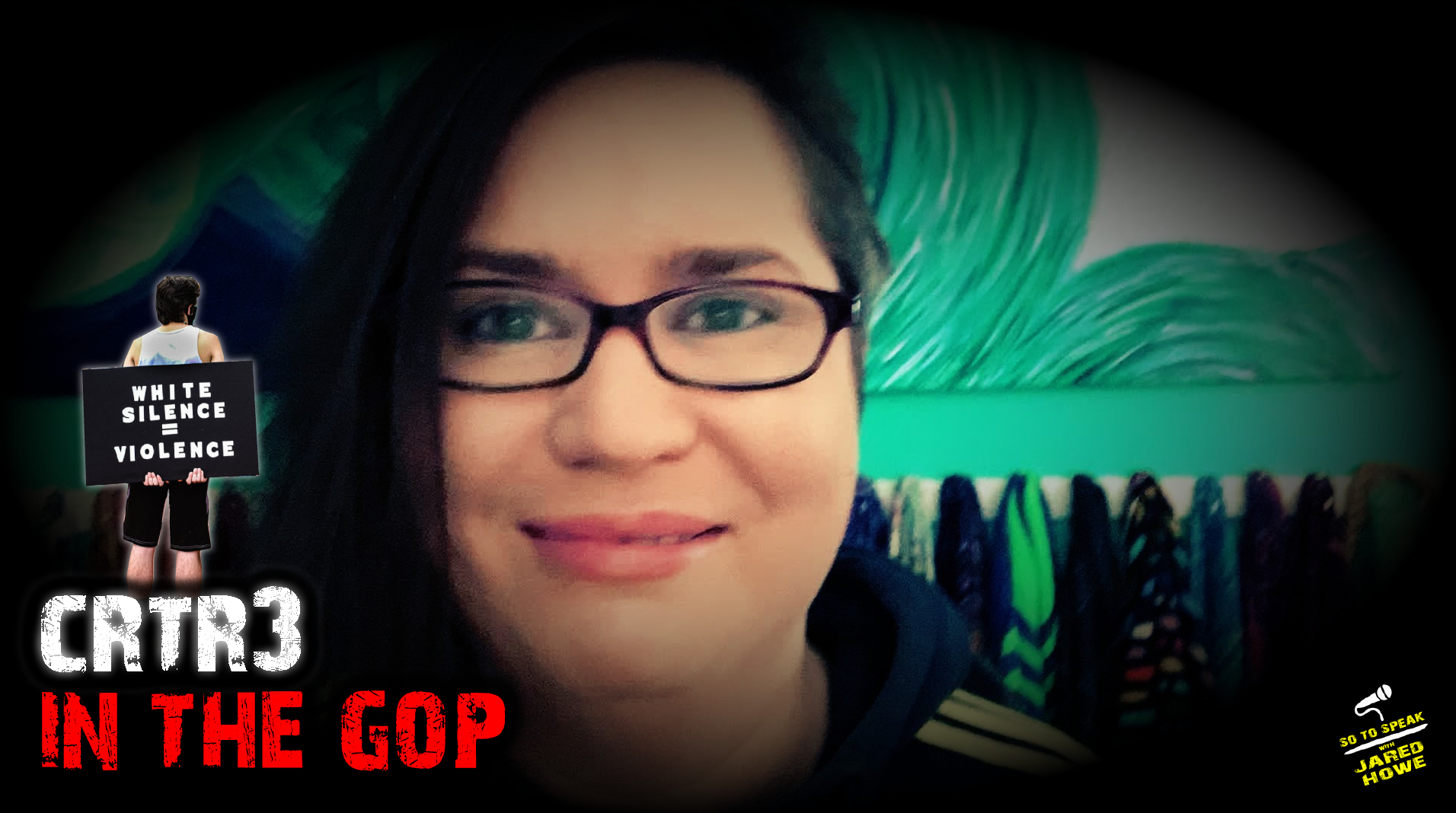 The Neocon establishment within the Republican Party has finally realized that they can’t ignore the public’s appetite for something to be done about Critical Race Theory driving policy for every major power center in the country.

This argument horizontally enforces the objective of Critical Race Theory, which is to deny white people the right to organize or defend themselves on the basis of which they’re being attacked. By refusing to defend whites against dehumanizing propaganda, politicians lend credibility to dehumanization attempts against whites. 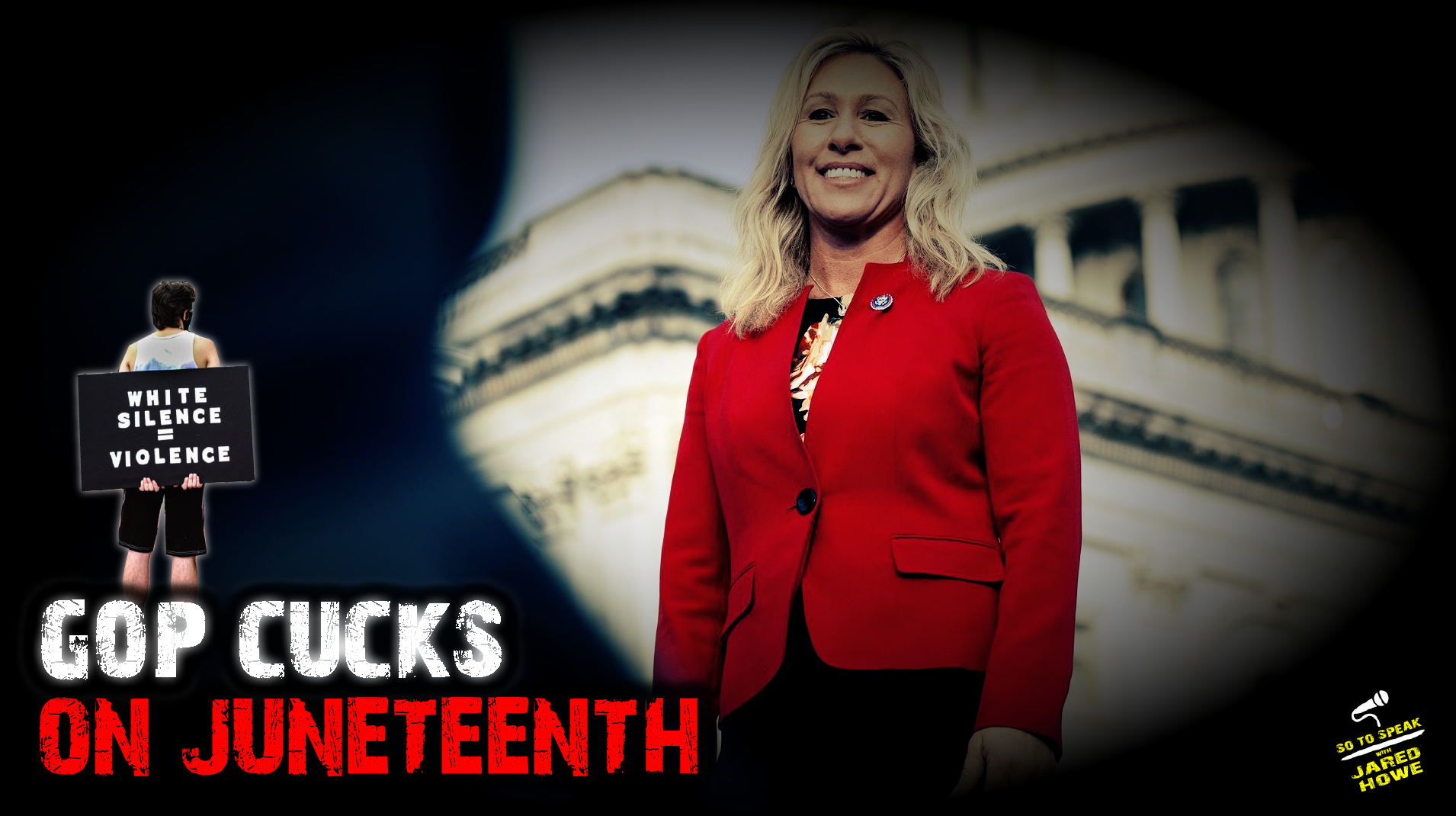 Congress just passed a bill establishing “Juneteenth Independence Day” as a Federal holiday with near-unanimous support. Only 14 Republicans opposed the bill and most of their objections were based on the name of the bill or the cost. One Republican objected to the idea of Critical Race Theory being the basis of America’s “prevailing ideology”, but none defended the country’s ethnic white majority from this dehumanizing attack on America’s origin story.

And this speaks to the broader reason that most Congressional Republicans are ineffective. They horizontally enforce the dehumanization and disenfranchisement of their constituents by refusing to explicitly stick up for them. Instead of calling out anti-white extremism for what it is, they couch their objections to it in fiscal and nominal concerns.

What does this euphemizing and beating around the bush get them?

Nothing. Even their apologies and capitulations are taken as evidence that they are guilty of white supremacy. 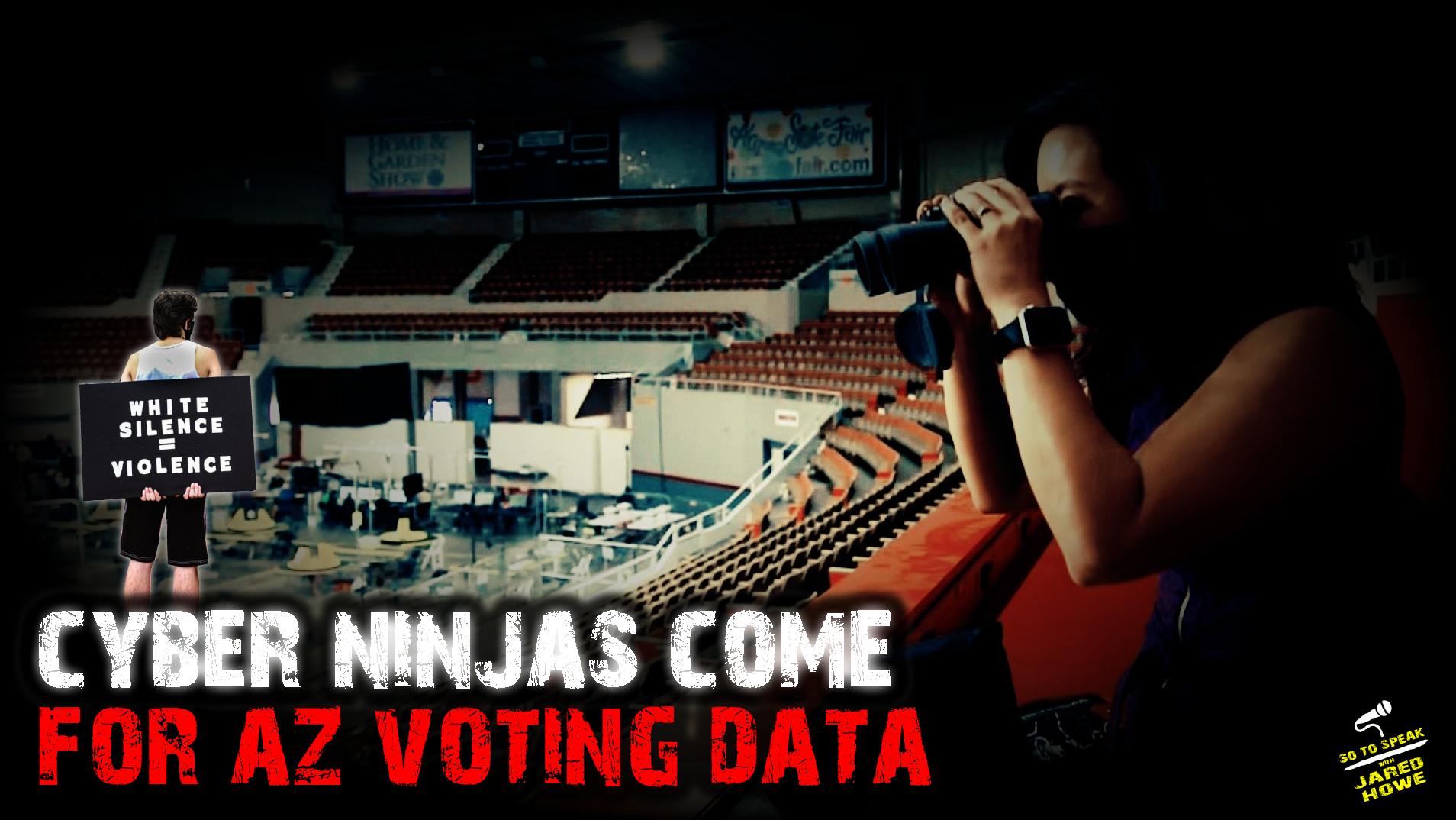 The electoral recount in Maricopa County is pretty much at its conclusion. All of sudden, election interference is again a big concern of the left. After learning that “copies” of “election machine data” were taken to Montana for “forensic analysis”, leftists immediately leaped to the conclusion that ballots were taken out of Arizona.

They allege that this constitutes election interference. Not because it would have any impact on the outcome, but because it would put the PRIVATE INFORMATION of Arizona citizens at risk of being used ILLEGALLY. And so naturally, they ran to Twitter to petition the FBI to protect citizens from something that Twitter and the FBI do every single day.

It really makes you think.

I personally don’t expect the audits to “overturn” the fraudulently certified 2020 election, but why would the left be so worried about the outcome of the audit if there is no “there” there? 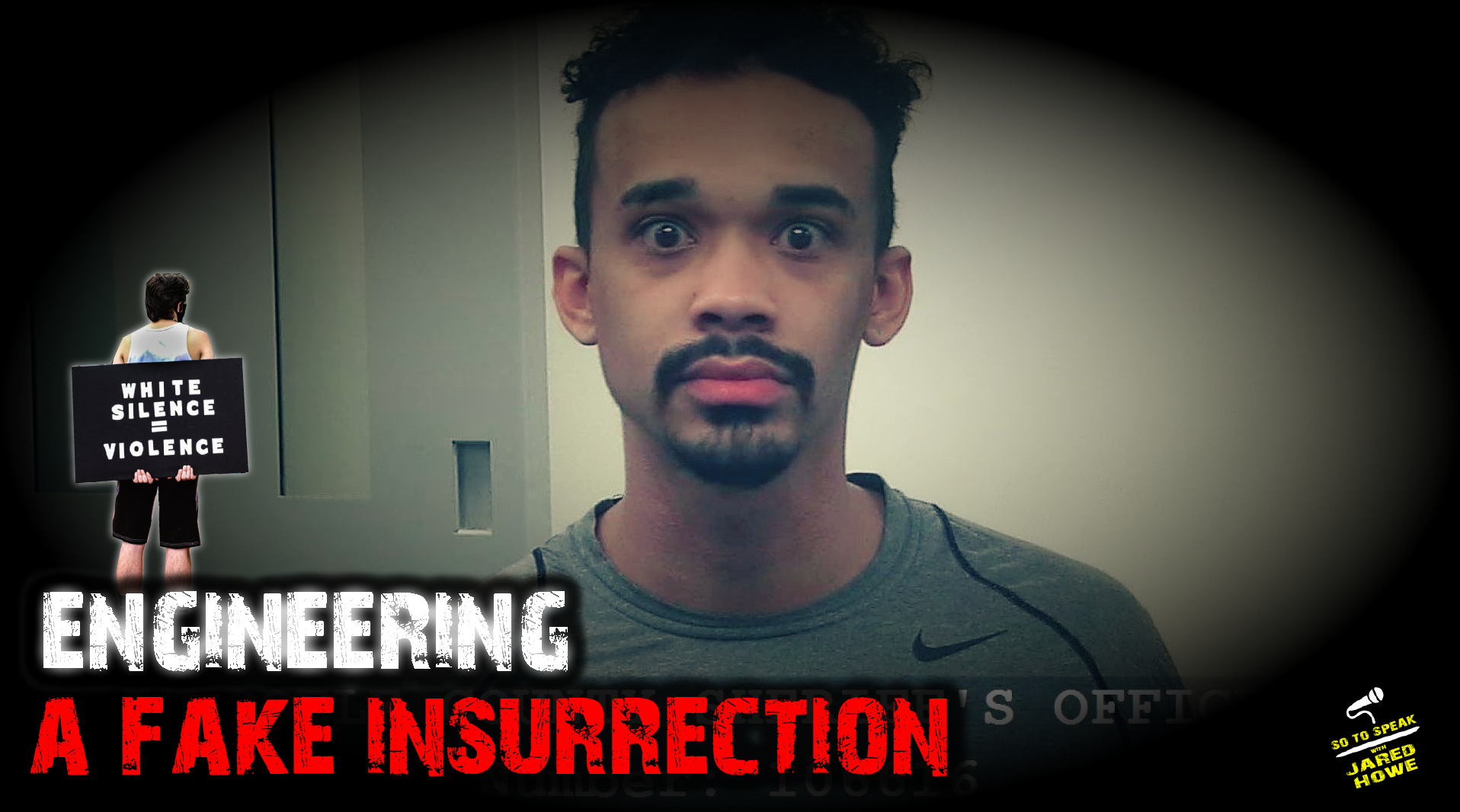 Motive would typically be taken into consideration with any other criminal investigation, but not when it comes to the so-called insurrection on January 6th. Why not? Because the only people who benefited from the alleged government overthrow attempt were the shitlibs who could use the “attack” as a pretense to shut down voter fraud challenges during the certification of electoral votes.

The protest at the Capitol Building served as a perfect pretense to shut down challenges to the fraudulent 2020 election, and to further the objectives of the broader anti-white left who seek to make examples out of what they call “violent extremists” who are motivated by “white supremacy.”

If they were REALLY concerned about stopping threats to the nation, they’d probably be going after black blocs instead — especially the one that first broke into the Capitol Building, as newly released footage shows.