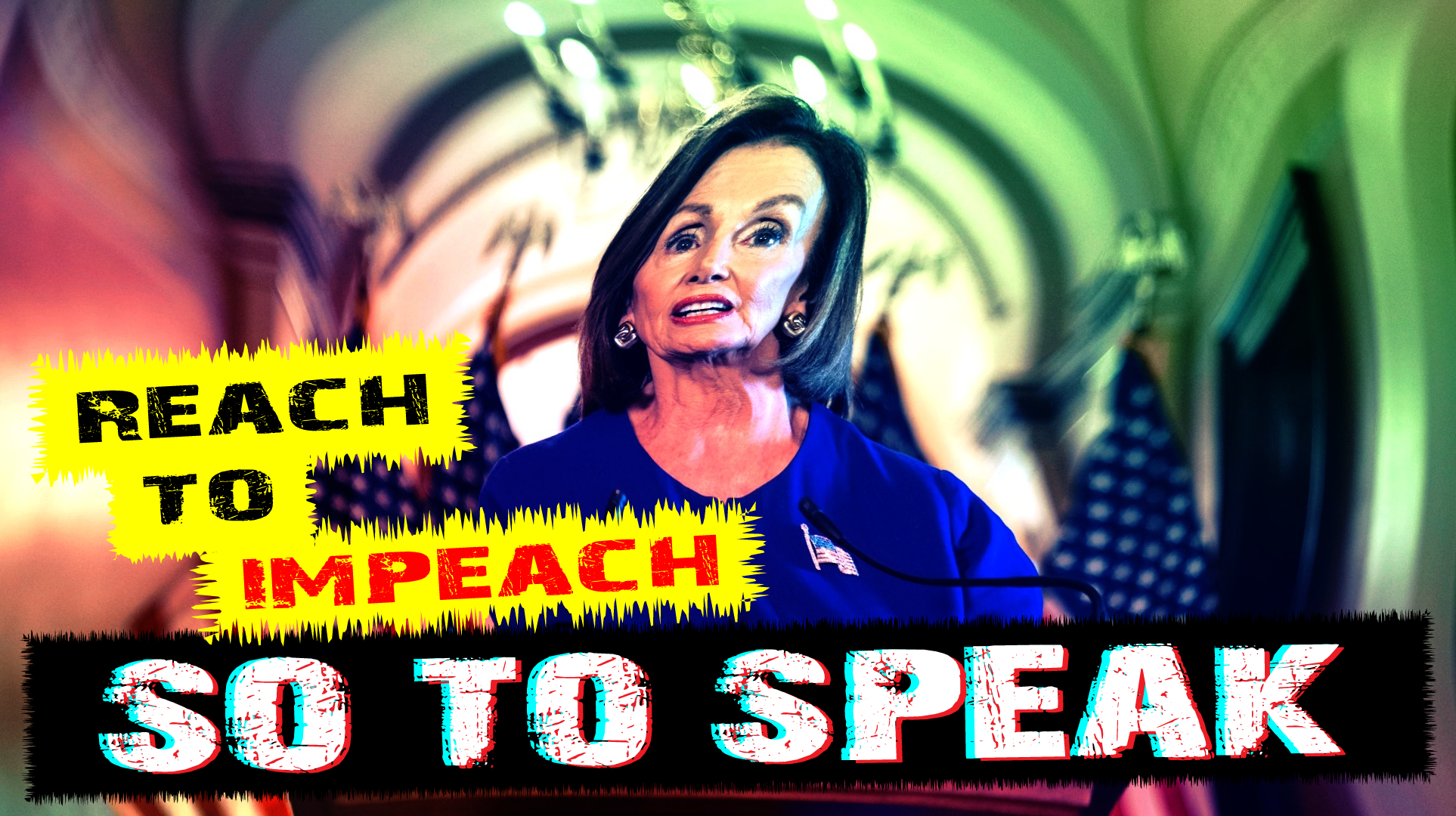 Nancy Pelosi has been holding out as long as she can but the pressure from Democrats to impeach the Blormf is too much for even her caved-in forehead to suppress.

Will it actually happen, though?

Some Democrats seem to understand that impeachment would lose them their reelection bids in 2020, and so they’re opting for faux impeachment half-measures like a House Judiciary Committee hearing or an impeachment inquiry. Not a whole lot of support for outright articles of impeachment, but that could change as the pressure from rabid communists builds on their shitlib representatives to act.

…which is what we now have UKRANIAN ELECTION MEDDLING for, right? Turns out that the phone call between Trump and Ukraine’s new president is a giant nothing burger, but the transcript does reveal that Ukraine will be probing not only the Bidens, but also the Crowdstrike firm, which was responsible for investigating the “hack” of the DNC’s servers. Said investigation is actually how we know that the data transfer rate for each of the leaked emails was faster than what is physically possible over the internet.

I see why they’re shitting their pants! We’ll also be covering recent news in the ongoing prosecution of a Congolese migrant for manslaughter up in Lewiston, Maine.