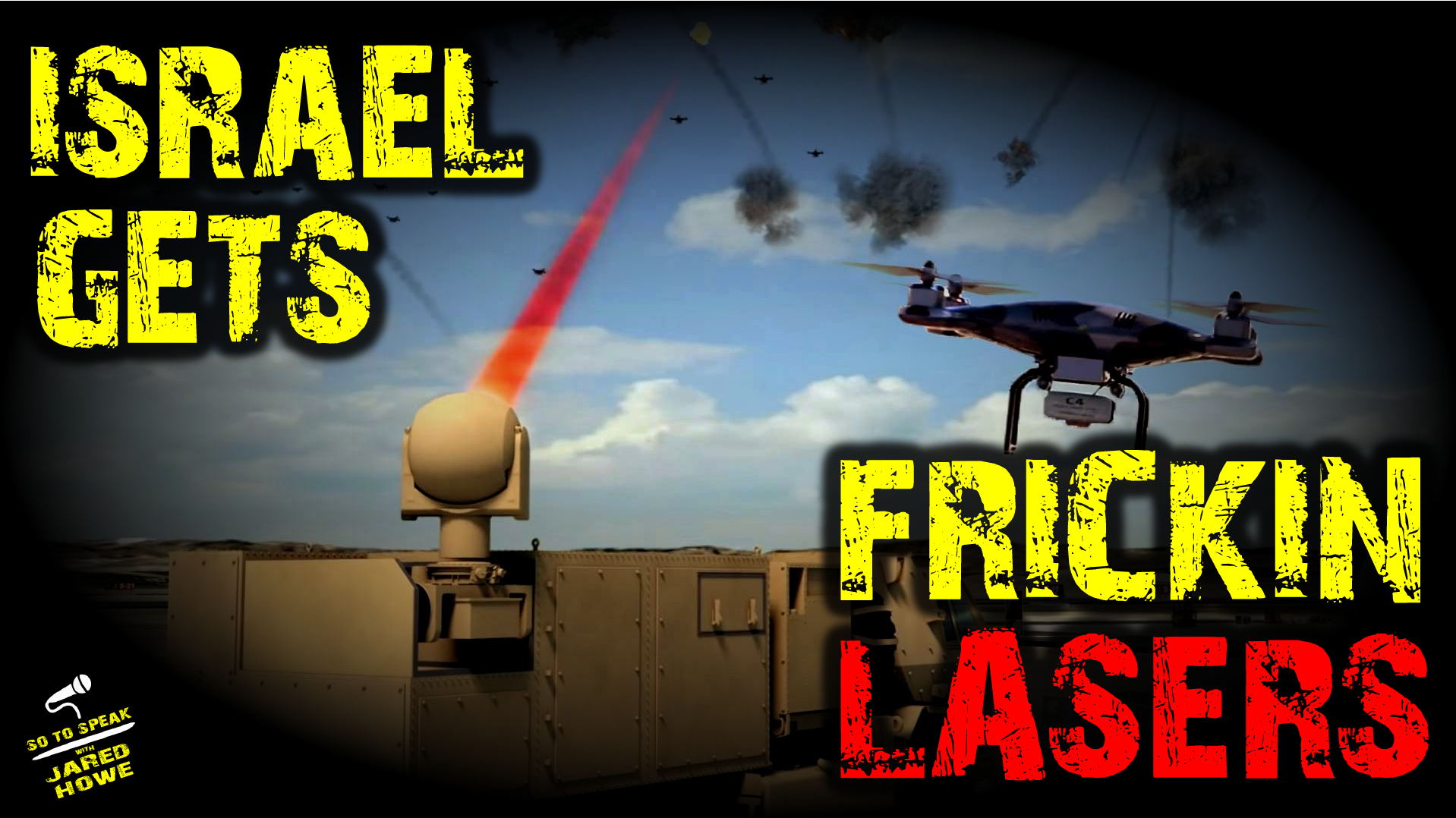 Your border may be unprotected against unmitigated migrant trespass and the crime and drug epidemics to which it gives rise, but at least your tax dollars are serving Israel well.

Thanks to American taxpayers and to the children thereof being born into intergenerational national debt, Israel now has the luxury of being able to blast unmanned aircraft out of the sky with FRICKIN’ LASERS!! The technology also allows a single operator to hijack and take control of “any unmanned aircraft”.

We’ll be talking about how Americans are able to afford this despite not being able to afford a border wall, then we’ll be getting into some stuff about Roger Stone and the migrant crisis at our own southern border.