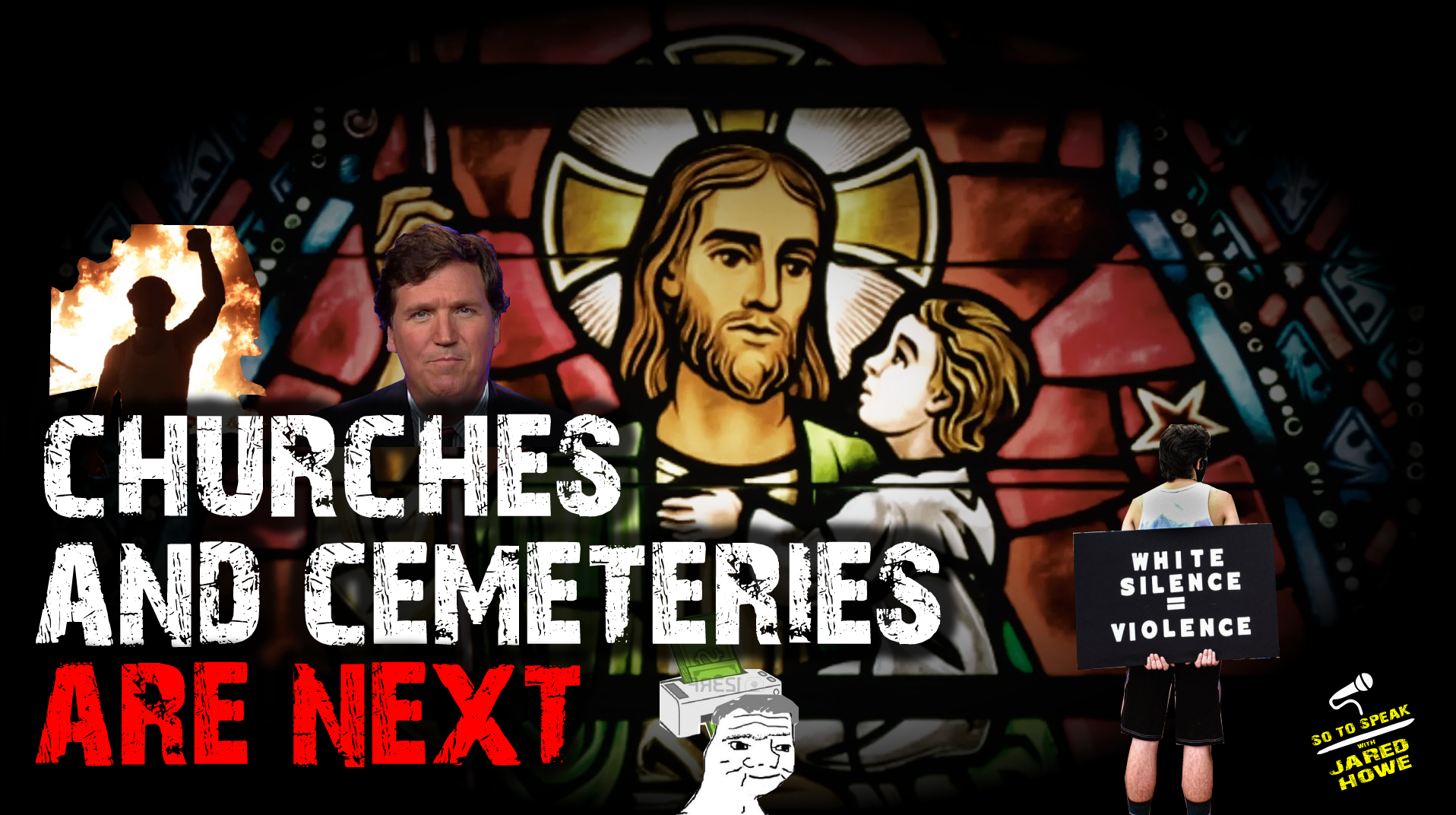 It turns out that Jesus Christ is going to be the symbol around which Western Civilization makes its final stand.

Conservatives should have treated Unite the Right in Charlottesville as the omen and early indicator it was instead of throwing attendees under the bus at the demand of the anti-white outrage mob for the sake of not being called racist.

And yet because they cucked, the C-Ville template is now being followed in cities all over the country. First, leftists start a black bloc riot, then they surround the vehicles of anyone who tries to escape, and then they play victim when they get run over. They are then given legal immunity to attack anyone in the streets while they destroy statues and pillage property, and anyone unlucky or unwise enough to defend themselves gets politically prosecuted.

They did it James Fields, they did it to Christopher Cantwell, and they can certainly do it to you.

This isn’t going to stop with statues or storefronts, either. Shaun King has called for BLM to go after churches with “white depictions of Christ” next, which means that cemeteries won’t be far behind. If you or I called for such actions against a mosque or synagogue, or against Jewish cemeteries, we’d become acquainted with the FBI Joint Terrorism Task Force by the end of the day.

Jewish thought leaders have gone to great lengths to make the case that desecration of religious sites is the first step toward genocide.

Maybe we should believe them.