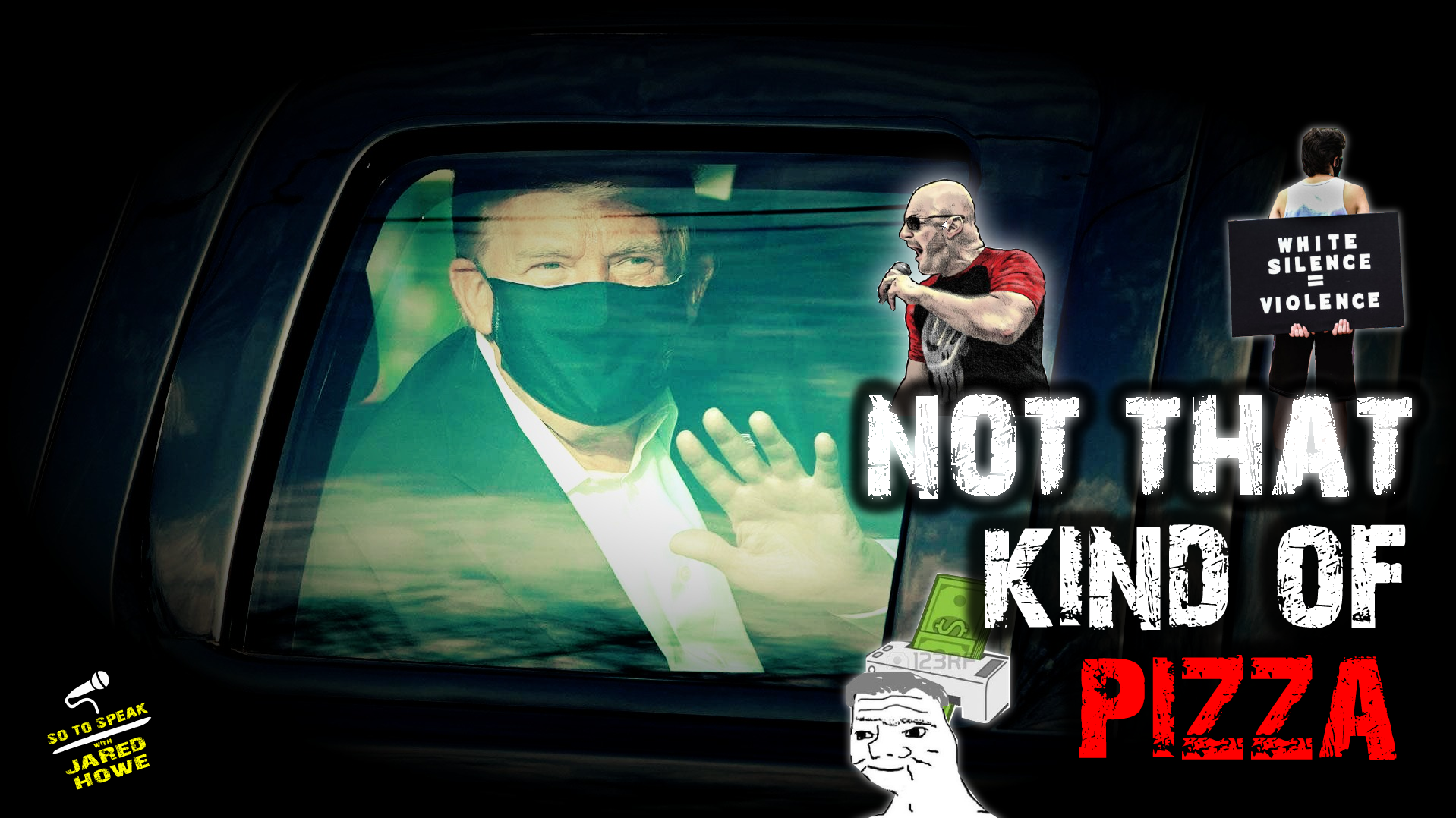 Buying pizza for the President’s supporters can sometimes mean different things, depending on who is in office.

Trump is rumored to have purchased large quantities of meat lover’s pizza from Little Caesar’s for his supporters who gathered in a “flash mob” outside of Walter Reed Hospital to show their support as he recovers from the ‘Rona. Information is still coming in but early reports indicate that he did NOT spend $65,000, in case you were wondering. Apparently meat pizza is cheaper than cheese pizza, for some reason. Maybe it’s because he skipped the hot dogs?

We can only speculate.

Speaking of cheese pizza and hotdogs, a Democrat politician from the state of Massachusetts, Matt Trowbridge, was caught on camera trying to meet what he believed to be a 14-year old boy for sex. Instead, Matt was greeted by “YouTube pedophile hunter”, which gives rise to the question… Why does it take private citizens to catch these people in the age of the internet? Why hasn’t the government been as proactive about catching pedophiles as they have about catching so-called “white supremacists”? When will the Biden campaign explicitly condemn pedophilia instead of enabling it through silence? When will he call on his fellow Democrats to do the same?

We’ll explore the question! We also have commentary from political prisoner Christopher Cantwell!