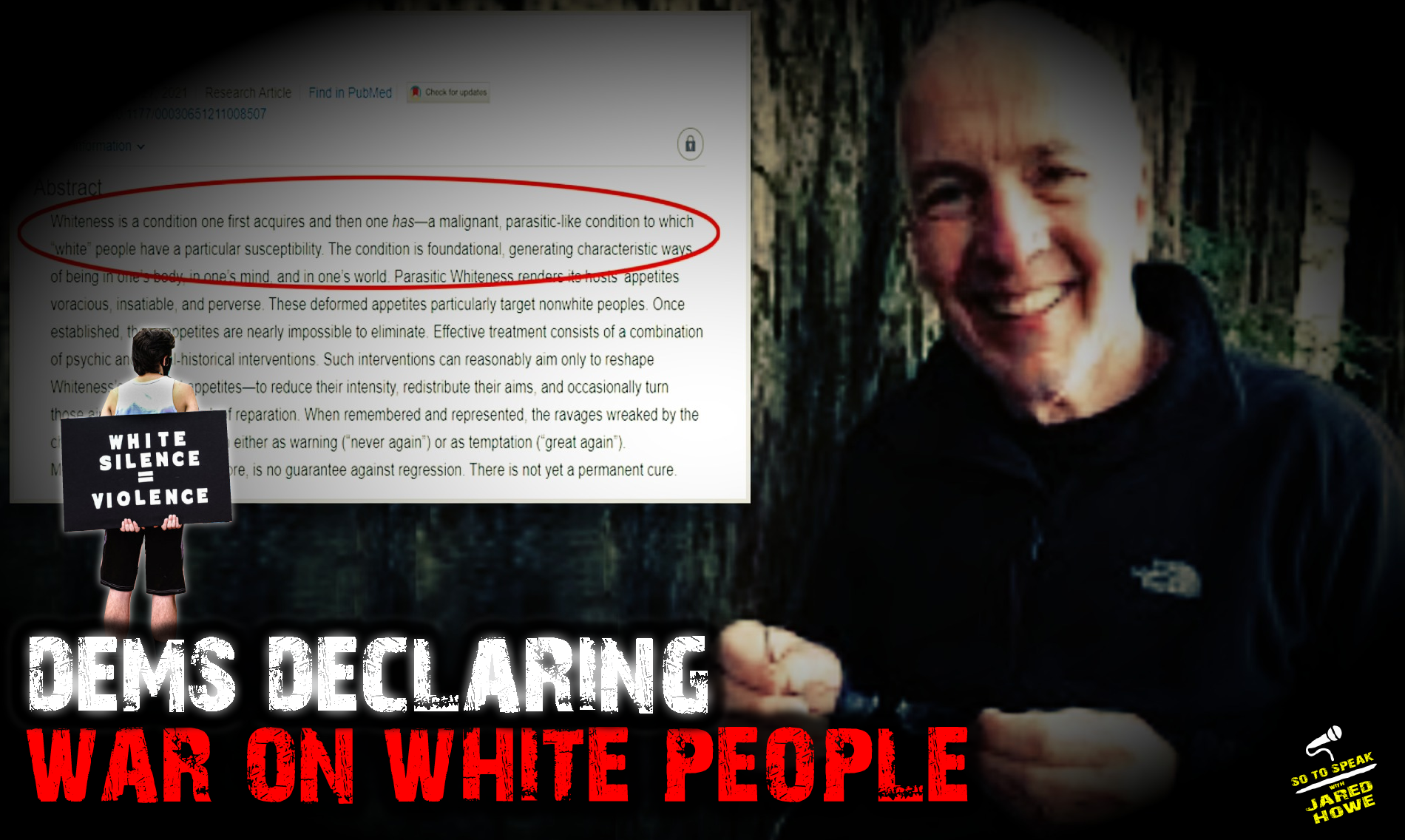 The left’s War on Whites has been intensifying for years, but the mask-off moments are now more common than not. For example, a shitlib psychoanalyst named Donald Moss just published an article in a peer-reviewed journal which defines “whiteness” as an incurable mental illness. If whiteness is an incurable mental illness, does that mean people can be red flagged and blue papered just for BEING white?

At the same time, enlisted military personnel are being told by superiors that “white people are part of the problem.”

Where is this going?

I’ve got the latest.