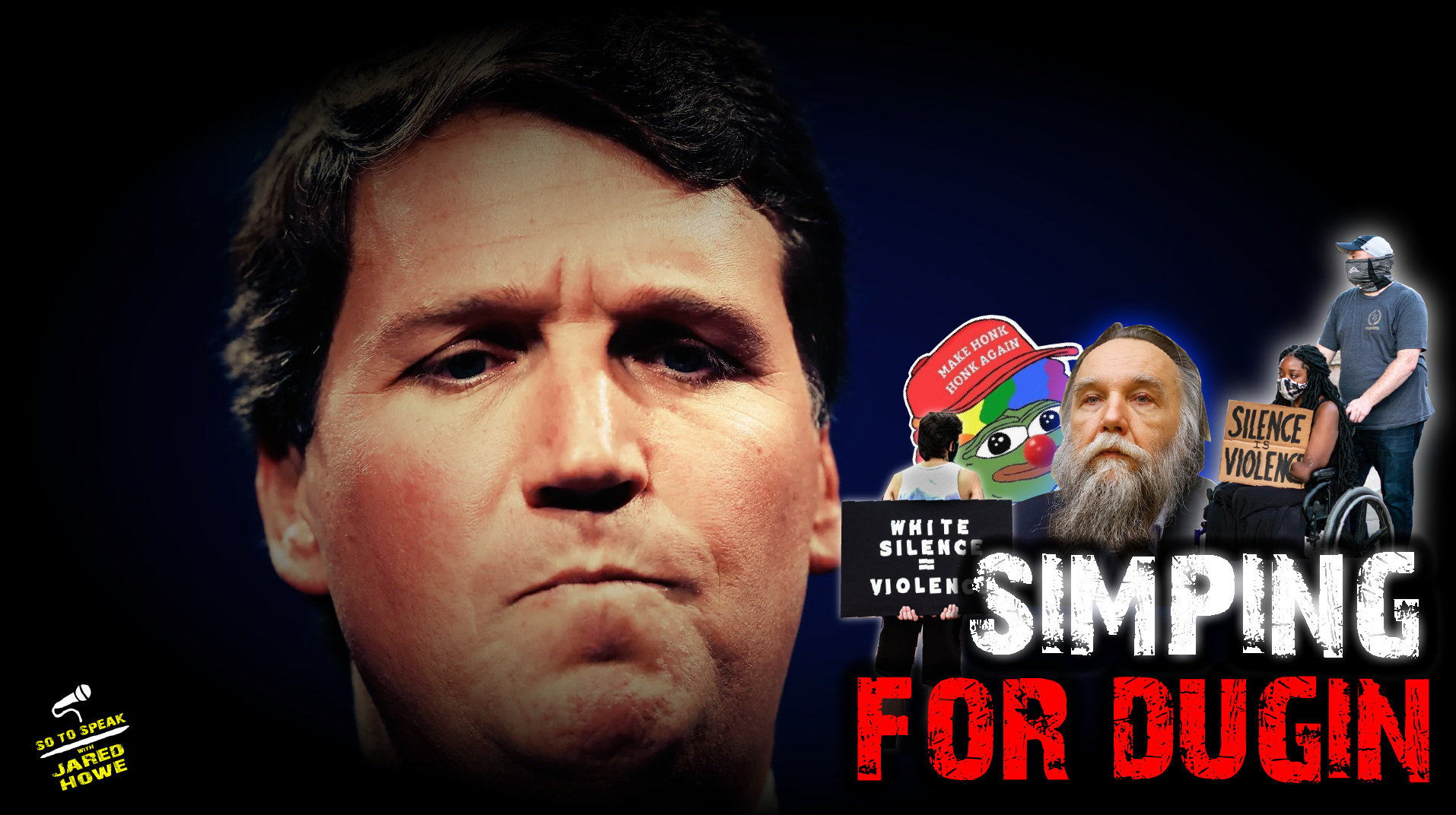 Tucker Carlson hasn’t yet mustered up the courage to defend Ye against the tide of censorship now breaking upon his back, but he has taken up the cause of another censored individual:

Tucker isn’t really concerned with people getting censored for naming the Jew, but he’s taken a keen interest in getting to the bottom of why Dugin isn’t able to monetize his anti-white geopolitical treatises.

Meanwhile, Dugin has gone full mask off in calling for Russians to take up arms against Ukrainians, Anglos, and each other to restore the former Soviet Union, which he refers to as “Great Russia.”